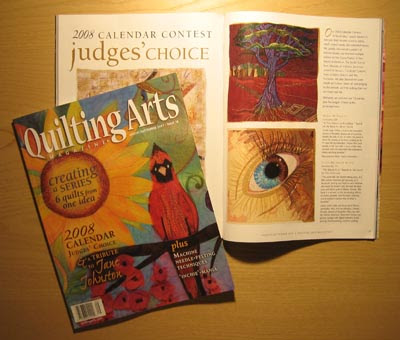 My quilt, “The Bluest Eye,” is featured in the August/September 2007 issue of Quilting Arts magazine! It was named as one of five “Judges’ choice” entries in the 2008 Quilting Arts Calendar Competition. The magazine will be available at larger newsstands and at Barnes & Noble bookstores nationwide on August 7. 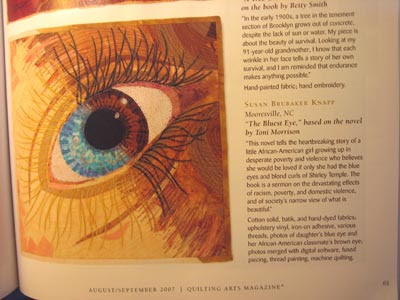 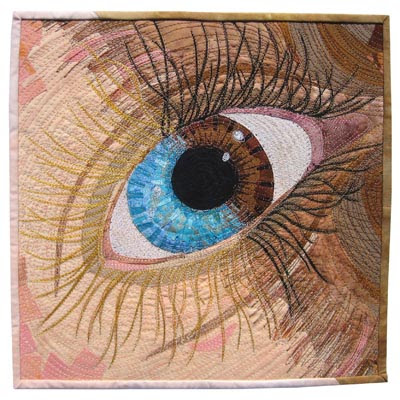 To make this quilt, I started by creating the image (below) in PhotoShop, merging photos of my blue-eyed daughter's eye with that of her African-American classmate. 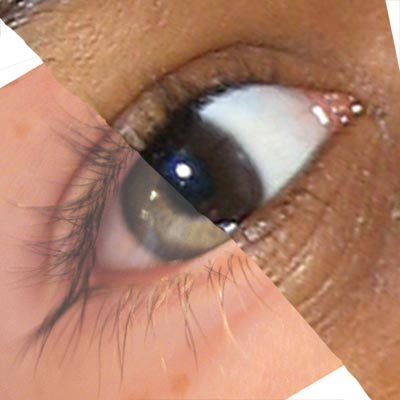