Just finished painting a tiny little art quilt I am calling “New Zealand Chook #1.” “Chook” is a New Zealander/Australian word for chicken. It is based on the photo (below) I took last Sunday near Rotorua, New Zealand while having lunch with my friend Alison Green. I don’t know if it is a hen or a rooster, but it wanted our crumbs, and it had some attitude! This piece will finish to about 7" square. 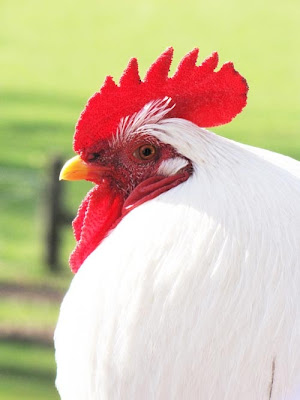 Here is a detail shot: 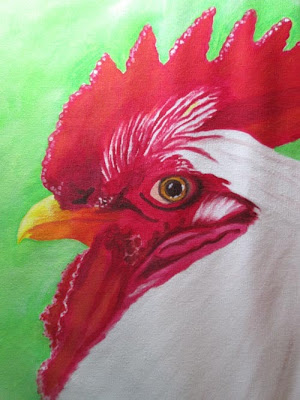 I’m going to get started on the stitching soon, and will post a photo of it when I am done.
Posted by Susan Brubaker Knapp at 9:27 PM 6 comments:

Battle of the Opossums

Okay, folks, it’s time to vote. Which possum is cuter, the American one (Virginia Opossum), above, or the Australia/New Zealand one (Australian Brushtail Opossum), below? When I taught in New Zealand, all my students told me how hideous their possum was. They hate this creature, which is actually native to Australia (and protected in some places there) because it has decimated the New Zealand native bird population, including the Kiwi, their national bird and namesake.


In New Zealand, they hunt and kill the opossum. Then they make the pelts into expensive things like fur-lined caps, and pillows, or blend the fur with merino wool and knit it into fabulous sweaters, scarves, hats, gloves and hats. When I was there a few weeks ago, I bought a lot of knitwear in a merino-possum-silk blend. It is beautiful, warm, and very lightweight.

Here is a closeup of their fur: 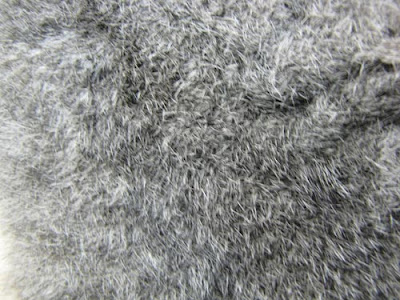 And a photo of their pelts: 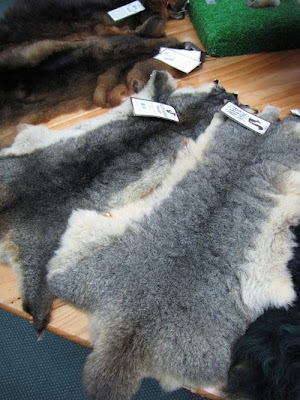 Want to know more? The Atlantic magazine has an informative and amusing account of New Zealand’s war on the possum here.

I told everyone that I had seen photos of the Australian/New Zealand possum, and it was WAY cuter than ours. I think it is just that they hate it so much that they think it is ugly. What do you think? Cast your vote; leave a comment!
Posted by Susan Brubaker Knapp at 12:18 AM 5 comments: