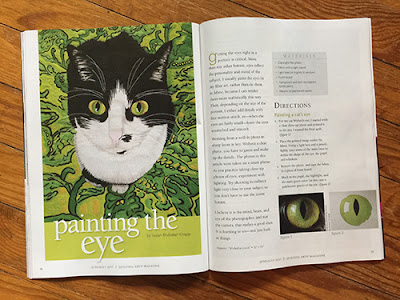 My cat, Wicked, is famous! I used her eye as the focus of this article in the latest issue of “Quilting Arts” magazine. I explain how to paint a realistic cat eye on fabric, step by step. The issue is available on newsstands now, or online here. 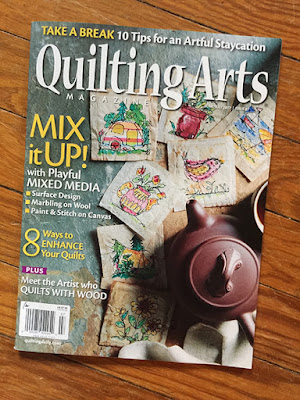 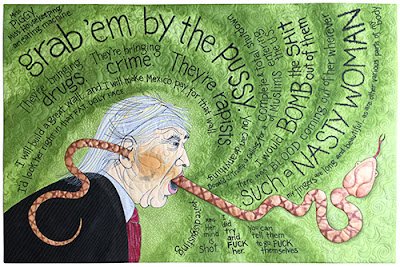 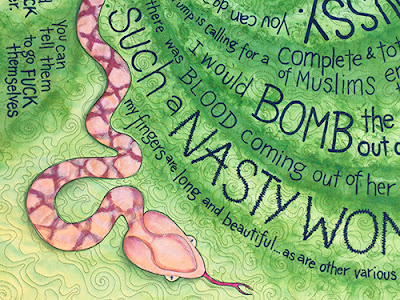 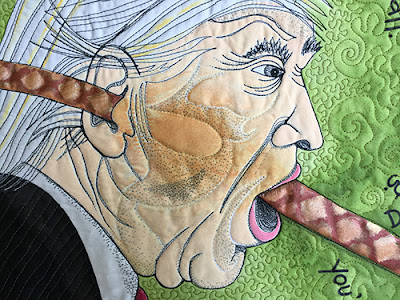