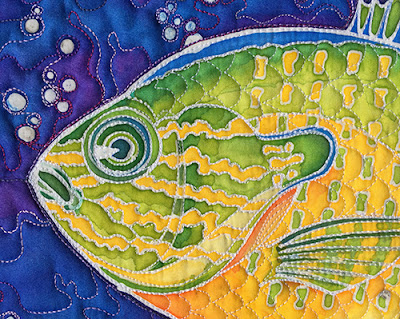 I have been working on some soy-wax batik pieces for a segment on “Quilting Arts TV,” which we will be shooting in about two weeks. I’ve also written an article about this technique that will be featured in an upcoming issue of Quilting Arts magazine. 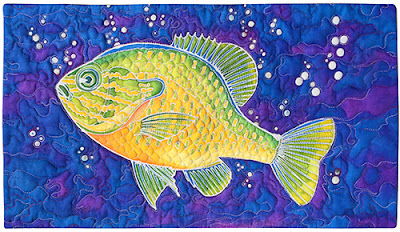 Unlike traditional batik, this process uses soy wax, which is easier to remove from the fabric than the usual beeswax; and Jacquard Dye-Na-Flow instead of the usual fabric dyes. 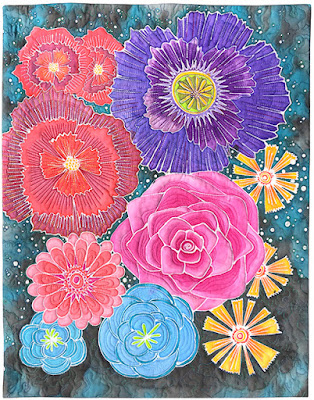 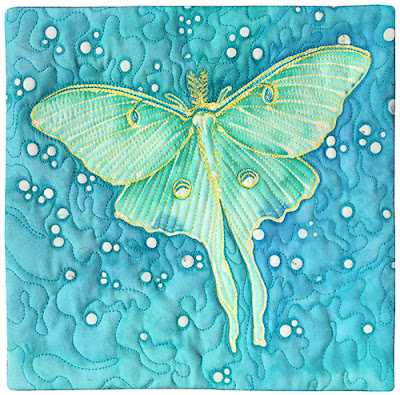