This was the last day of Fall Quilt Market 2011. At 4 p.m., everyone started packing up and getting ready to transition into International Quilt Festival, or going home. 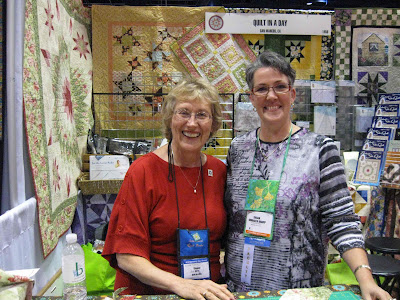 I had a nice time chatting with quilting legend Eleanor Burns of Quilt in a Day; we are both natives of western Pennsylvania, and went to colleges very near each other. 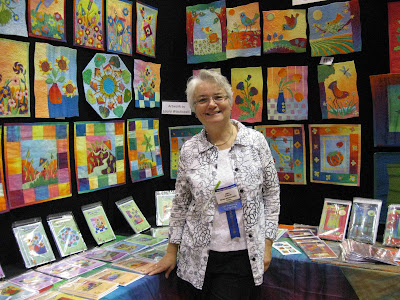 Laura Wasilowski’s booth gets my vote for most colorful! I had not realized how many patterns Laura has out right now. All feature her whimsical flowers, houses and everyday objects. Laura's company is called ArtFabrik. 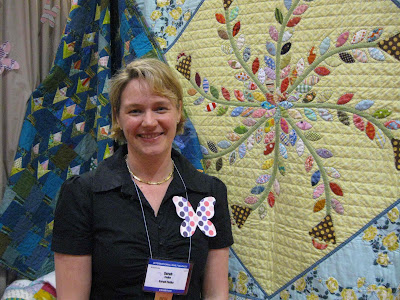 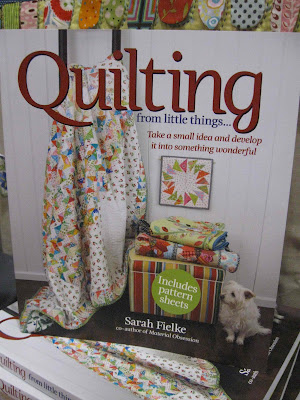 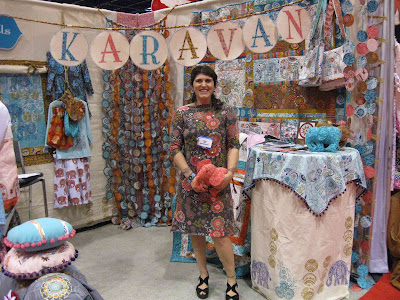 Valori Wells’ spicy new fabric line is called Karavan, and features elephants and a color scheme in shades of robin's egg blue, paprika, and gray. New this year is a knit fabric (Valori’s dress is made from it). 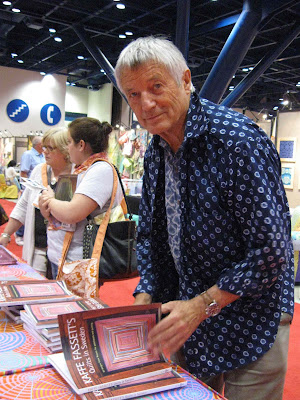 Kaffe Fassett was in his booth signing books. 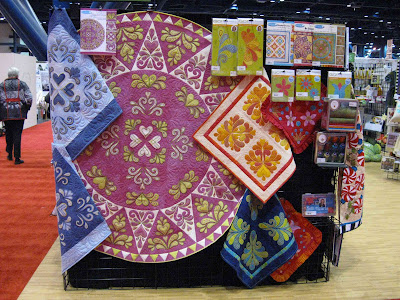 Sarah Vedeler’s breathtaking digital embroidery designs were displayed in the Brewer booth (Brewer is a major distributor of everything for quilters and sewers). 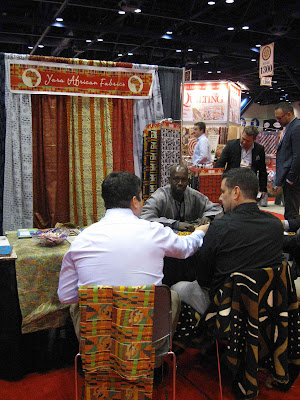 Companies from many countries meet at Market. This is Yara African Fabrics, which makes traditional African fabrics in Mali, West Africa. I met people from every continent except Antarctica here this year! 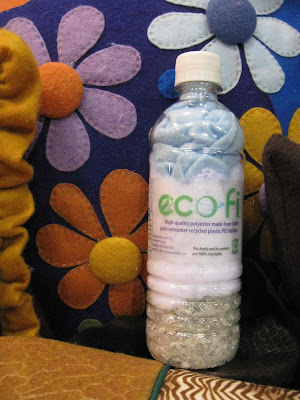 Eco-Fi makes polyester fiber from 100% post-consumer recycled bottles, including great felts, embossed felts, and knits. Their fibers are also used by other manufacturers who produce soft knits like this babyknit: 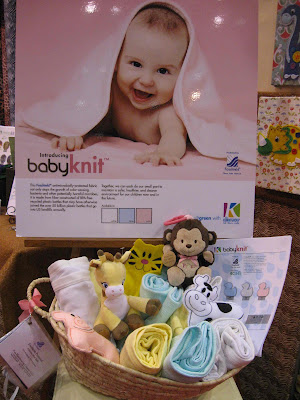 Sweetwater, a mother-and-daughters team that designs for Moda, always have a fresh, appealing look that manages to look retro and modern at the same time. This is Lisa Burnett of Sweetwater, in their booth: 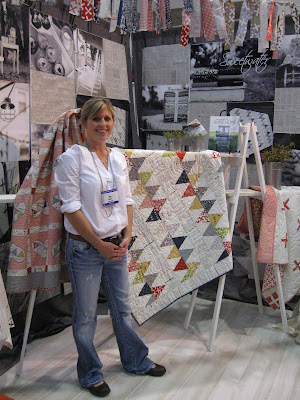 Sweetwater decorated the top of their booth with a simple clothesline tied with strips of their new fabric line. 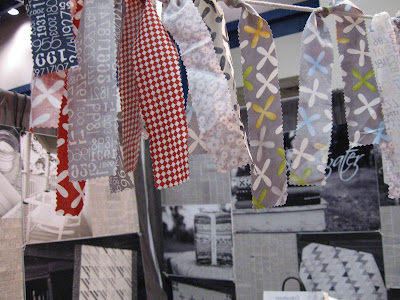 I still have lots of photos and info to share from Quilt Market but there is way too little time to post it all — at least if I want to sleep a little — so I'm going to keep doing it in chunks until I'm done.

Today was the first day of classes for International Quilt Festival. I took a great beading class from Nancy Eha today; she is a great teacher. I'll post more about it later, too.
Posted by Susan Brubaker Knapp at 12:12 AM 2 comments: