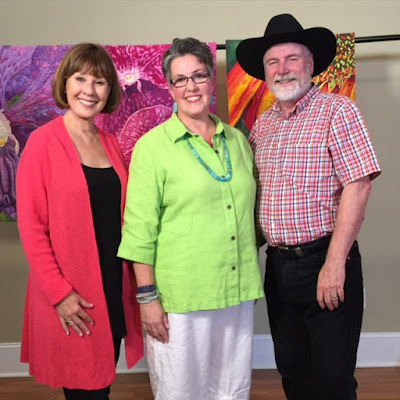 I was in Asheville, NC, yesterday to shoot two segments for TheQuiltShow.com, an online television show (available through subscription) featuring Alex Anderson and Ricky Tims. I was on Show 901 in 2011, teaching needleturn applique and fusible applique. This time, I’m demonstrating thread sketching and wholecloth painting.

Alex and Ricky were in Asheville to feature North Carolina quilters, including Georgia Bonesteel, who was pivotal in bringing quilting instruction via television to countless new quilters in the 1970s.

Such a great experience. The production crew (including Shelly Heesacker and Lilo Bowman, shown in the photo below discussing the segment with Alex and me) is simply fantastic. 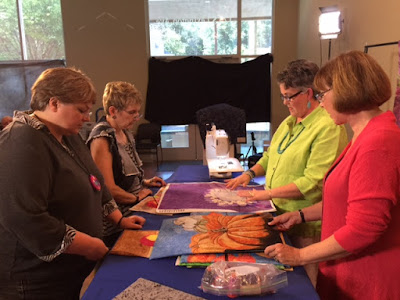 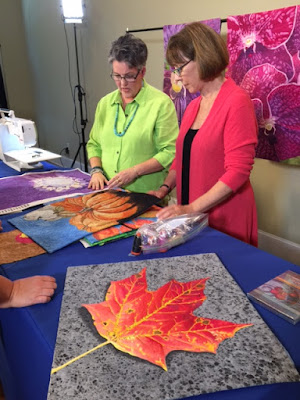 When I arrived, free-motion quilter extraordinaire Leah Day was just finishing up, and Jane Hall (a.k.a. “The Pineapple Queen,”) was also on set, shooting segments on pineapple block quilts. Jane and I will be featured in the same show. 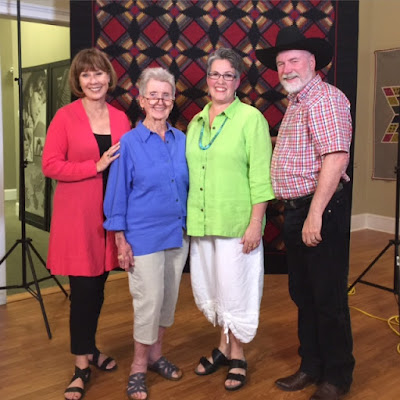 Here are some photos of Jane on set: 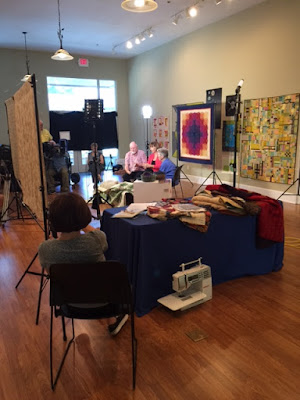 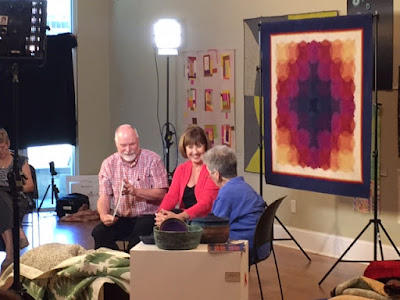 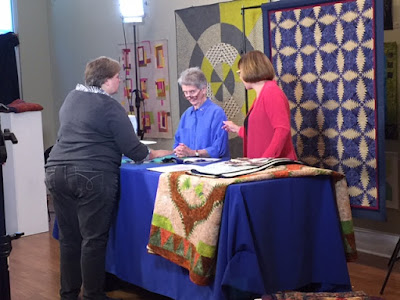 I’ll post about this again when I know the show number.
Posted by Susan Brubaker Knapp at 10:15 AM 1 comment: