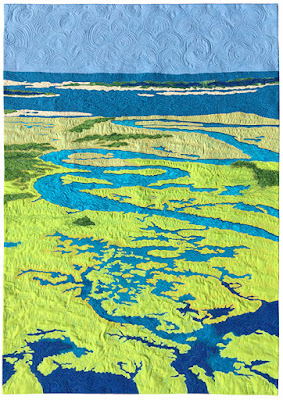 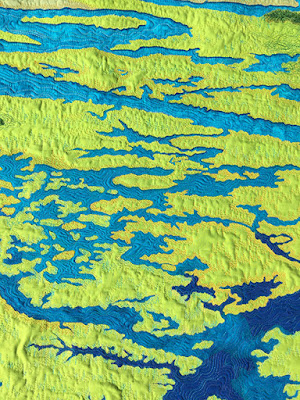 My family has lived in North Carolina for the past 22 years, and for most of those years, we have vacationed on the state’s spectacular barrier islands. Our favorite place is Bald Head Island, at the tip of Cape Fear, where the Fear River opens to the sea. It is one of North Carolina’s southernmost barrier islands, has three distinct ecosystems: the beach, the maritime forest, and the salt marsh. A good part of the island is held in conservancy, so that development can’t happen there, and in my opinion, that’s what makes the island so magical. 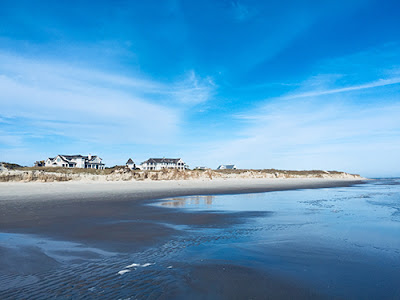 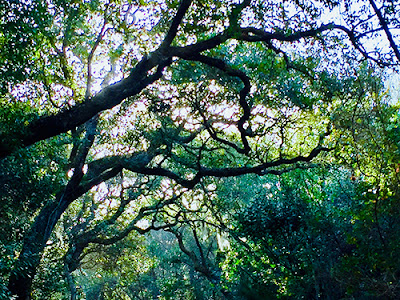 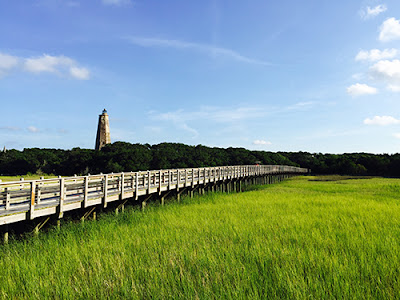 I started this new piece just after Hurricane Florence slammed into the coast of North Carolina near Wrightsville, dropping almost 36" of rain in some areas, causing devastating flooding and catastrophic damage to homes and businesses throughout eastern North Carolina. Forty-two people died in North Carolina, South Carolina and Virginia (where some died from tornadoes spawned by Florence). Tens of thousands of people, many of them desperately poor, have damage to their homes from which they will never completely recover.

The environmental damage was horrific, too. A dam holding back a pond of coal ash burst, releasing toxic waste from Duke Energy’s coal-burning power plants into the Cape Fear River. Ponds on industrial hog farms, designed to hold feces and urine from the hogs, also leaked, contaminating flood water with bacteria like salmonella.

In the aftermath of the storm, I looked online for photos that would reveal the extent of the damage to Bald Head Island, and I discovered aerial shots by Steve Montgomery, and got permission to create a piece based on one of them. I’ve seen the marsh from docks and trails, but the view from above made the intricate waterways appear to me like arteries and capillaries – and the marsh itself as a chartreuse and sapphire-hued heart, pumping water and life in and out along the edge of the island.

The salt marsh on Bald Head Island is vital to its ecosystem, acting as a filter to keep waters clean, nurturing many sea creatures, and providing food for coastal mammals and birds. In many places in the United States, salt marshes have been destroyed or degraded at an alarming rate. They've been destroyed by pollution, oil spills, development, and agricultural run-off. Salt marshes also play an important role in protecting islands and coastlines from storm damage, so it is to our benefit to keep them healthy. This website has good information: http://www.oceanhealthindex.org/methodology/components/salt-marsh-area 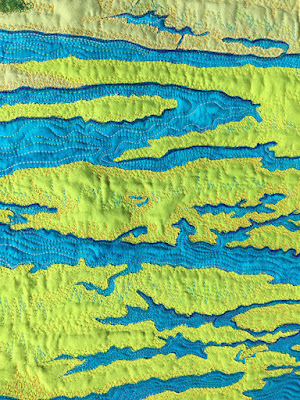 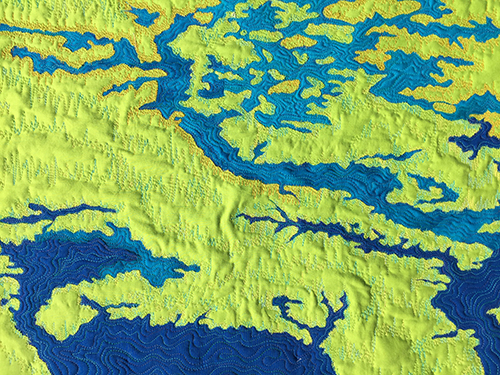 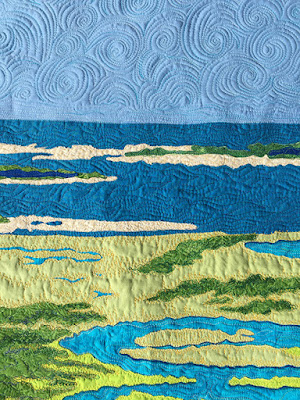 Posted by Susan Brubaker Knapp at 7:20 AM 2 comments: